There is a number of amazing events are waiting for the residents and visitors of Santa Cruz County this autumn. With a view to providing you with all the necessary details, we have created this guide through the upcoming autumn events held in Santa Cruz County.

September is Santa Cruz County is particularly rich in festivals. No matter whether you are interested in art, music or delicious food, you will certainly find a great opportunity to have some good time in Santa Cruz County this September.

Santa Cruz County Fair is a great moment to have a fantastic time with your whole family as lots of entertainment is waiting for the visitors of the event. One of the major attractions of the fair is a large carnival.

The fair starts on September 15, however, you should not worry if you fail to be present at the beginning of the event as it will last till September 19.

Another great event is organised at Roaring Camp Meadows. On September 18 and 19, you will be able to enjoy wonderful music, meet interesting people, taste local wine and craft beer, explore the local art and even have a taste of camping in the picturesque Santa Cruz Mountains.

Capitola Beach Festival is one-day event which is organised on September 25. Actually, this is an annual festival and it has so many amazing activities including concerts, contests, parades and tournaments!

Some of the events held during Capitola Beach Festival this year include the Chalk Art Event, a Sand Sculpture Contest, Rowboat Races, a Horseshoe Tournament, the Lighted Nautical Parade, the Wharf to Wharf, a Fishing Derby and a Concert in Esplanade Park. Capitola Beach Festival is an absolutely family-friendly event and it also offers entertainment to its visitors for free!

More delicious cuisine, art and fireworks are waiting for you in Santa Cruz County on October.

In case you are longing for art, you should absolutely visit Open Studios Art Tour organised in Santa Cruz County.

Open Studios Art Tour is an annual event which has been held for 35 years. The idea behind the Art Tour is to allow art aficionados to get connected with artists. In order to do it, the artists residing in Santa Cruz County will be opening their workshops and studios so that anyone can visit them and learn about their work and pieces of art.

A perfect time to enjoy fantastic fireworks with your entire family is Monte Foundation Fireworks Extravaganza organised at Capitola Village, Esplanade Park, Capitola. As you can imagine, the entire event is about watching amazing fireworks.

There are many great spots where you can watch fireworks during Monte Foundation Fireworks Extravaganza. Some ideas are the warf, the Capitola bluffs or Capitola Beach itself. Do not forget to bring your camping chair.

The devotees of delicious food and good alcohol will certainly enjoy Boardwalk Bites & Brews which is the event organised on all of the Thursdays and Fridays starting from October 14 and ending on November 19.

Even more amazing culinary experience is waiting for you on October 23 at Santa Cruz Beach Boardwalk, 400 Beach Street, Santa Cruz. On this day, you will have a unique chance to show your cooking talent competing with other chefs both amateurs and professionals for getting the Best Chili title! Needless to say, this is a very fun way to spend a day, especially if you genuinely love cooking. 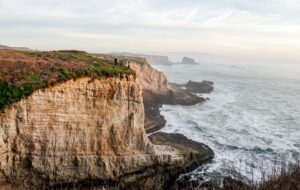 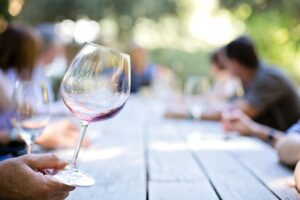